You are a neighbour, resident or citizen and ...

… have questions about our logistics centres or the construction site in your area?
… are interested in cooperation or collaboration?
… have any other concerns?
You have come to the right place.

In 2012, we built our first own logistics centre: the multicube rhein-neckar in Heddesheim. This was followed just six years later by the multicube rheinhessen in Monsheim near Worms. Our modern logistics centres are characterized by sustainable and award-winning construction. With our logistics properties, we are part of the neighbourhood and, as a regional employer, ensure that our multicubes blend harmoniously into their surroundings – from the construction phase to day-to-day operations. Many trades have to be taken into account in the process: right from the start of construction, we ensure speedy and efficient implementation that also takes into account the concerns of our neighbours.

We are currently building other logistics centres of this type throughout Germany: in Bad Hersfeld, Mecklar and Berlin as well as in Alsace, France.

Do you have any questions about our construction projects or about us as an employer and new neighbour? Whether sustainability, safety, infrastructure, jobs or much more. Simply get in touch with us. We look forward to hearing from you. 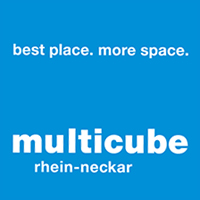 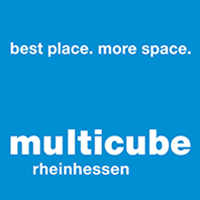 Further information on the multicube rheinhessen! 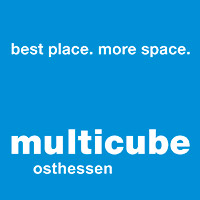 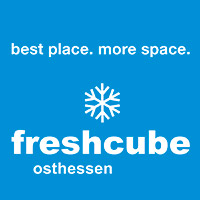 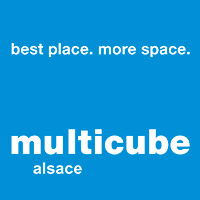 Further information on the multicube alsace! 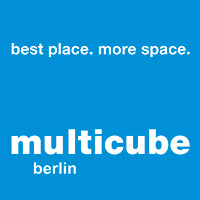 Further information on the multicube berlin!

The multicube logistics properties are excellently sustainable - in fact, several times over. The selection of all materials used is environmentally friendly, from the cooling system to the smallest screw. According to the DGNB, our two multicubes to date are among the top 10 industrial buildings in Europe with their platinum awards. The multicube rhein-neckar even ranks first here, a strategy that will become the standard for all further multicube properties. People = Special logistics properties need special people. By creating a large amount of jobs, we also contribute our share to a strong region. Do you also want to become part of the pfenning family?

Special logistics properties need special people. By creating a large number of jobs, we also contribute our share to a strong region. Do you also want to become part of the pfenning family?

At pfenning logistics, we attach great importance to protecting the vegetation & biodiversity on site. For example, we use special LED lighting that is harmless to insects and work with infiltration areas that supply the soil with rainwater. For the sake of the environment.

We use the roofs of the multicubes to install rooftop solar systems. The system on the multicube rhein-neckar (110,000m² roof area), for example, can supply up to 5,000 households with green electricity. Depending on the size of the roof surfaces, the capacity varies.

The premises are equipped with round-the-clock video surveillance. In addition, there is an in-house security service that guarantees the security of the premises 24 hours a day, 7 days a week.

Our logistics centres offer a large number of parking spaces for truck drivers so that surrounding areas are not disturbed. Social and sanitary rooms for external drivers are also standard equipment in all our multicubes.

Webcams of our current construction projects

🔴 LIVE: The pictures are updated approximately every 15 minutes.

You have further questions about our real estate projects? Are you looking for specific information? Our colleagues will be happy to assist you.